On March 21, New Jersey, along with a number of other states began to mandate the closure of nonessential businesses. This included gun stores, in an order to slow the spread of coronavirus. However instead of telling stores to just close, officials in New Jersey shut down the gun background check system, making the sale of firearms virtually impossible.

The decision to do this was decided due to a nationwide spike in gun sales, as fears of social unrest were rising. The National Shooting Sports Foundation had reported that on March 16 in 2019, gun background checks had surged 300 percent over the same day. In New Jersey there is a requirement for checks on all gun sales, even for those between private parties.

Most states rely on the FBI to do the gun background checks, however New Jersey is one of 12 states that perform their own screenings known as “point-of-contact” and use the federal databases. After Governor Phil Murphy’s order for a lockdown, the New Jersey State Police announced that they were “directing the vendor of the NICS Online Application (NICUSA) to turn off the NICS Online Services.”

Upset gun-rights advocates immediately spoke out against the suspension as a violation of the Second Amendment. A release on the Association of New Jersey Rifle & Pistol Clubs’ website read “Gun rights exist precisely for emergencies like the one the country is facing right now with the Coronavirus. Honest citizens must be able to defend themselves and their families from all manner of threats in this type of emergency – not be blocked from exercising their Constitutionally guaranteed rights.” The organization also said it will be challenging the executive order in court.

The deputy editor at The Prepared and co-founder of Open Source Defense, Jon Stokes, stated that the decision reminds him of efforts by the New Orleans Police Department to confiscate guns after Hurricane Katrina. 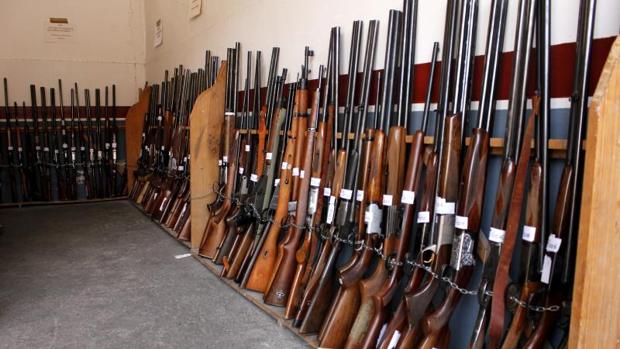 Many states have classified gun stores as nonessential businesses and ordered them to close, however Jake Charles, the executive director of Duke’s Center for Firearms Law, has said the decision in New Jersey to shut down its background check system is unprecedented. Charles said. “I’m not aware of any cases where the state decided to stop processing background checks and thereby halt new gun transfers… A decision on New Jersey’s authority to do so in times of urgent public crises could have far-reaching effects on the 11 other point-of-contact states.”

As of now, no other states processing their own background checks have said that they plan to follow New Jersey’s lead. At least two have enforced statewide lockdowns that deemed gun stores as nonessential businesses and must close. Thankfully, there are online arm sellers who are authorized to sell them legally. For example, you can buy guns & ammo from Palmetto State Armory, one such online seller.

Local police in California have closed several gun stores as a violation of local shelter-in-place orders.

Trooper Brent Miller, In Pennsylvania is the director of the State Police’s communications office. He said the Pennsylvania Instant Check System, or PICS, remains online. Miller does not know if the system was still receiving requests for background checks on gun purchasers, however it was being used to screen applicants applying for concealed carry licenses. Miller said “There have been some rumors circulating that PICS was shutting down, but those are false, it is fully operational.”

As nonessential businesses are being told to close down, the question is asked should gun stores close?

Author bio: Blair Thomas has been a music producer, bouncer, screenwriter and for over a decade has been the proud Co-Founder of eMerchantBroker, the highest rated Guns, Firearms & Ammo Merchant Account provider in the country. He has climbed in the Himalayas, survived a hurricane, and lived on a gold mine in the Yukon. He currently calls Thailand his home with a lifetime collection of his favorite books.